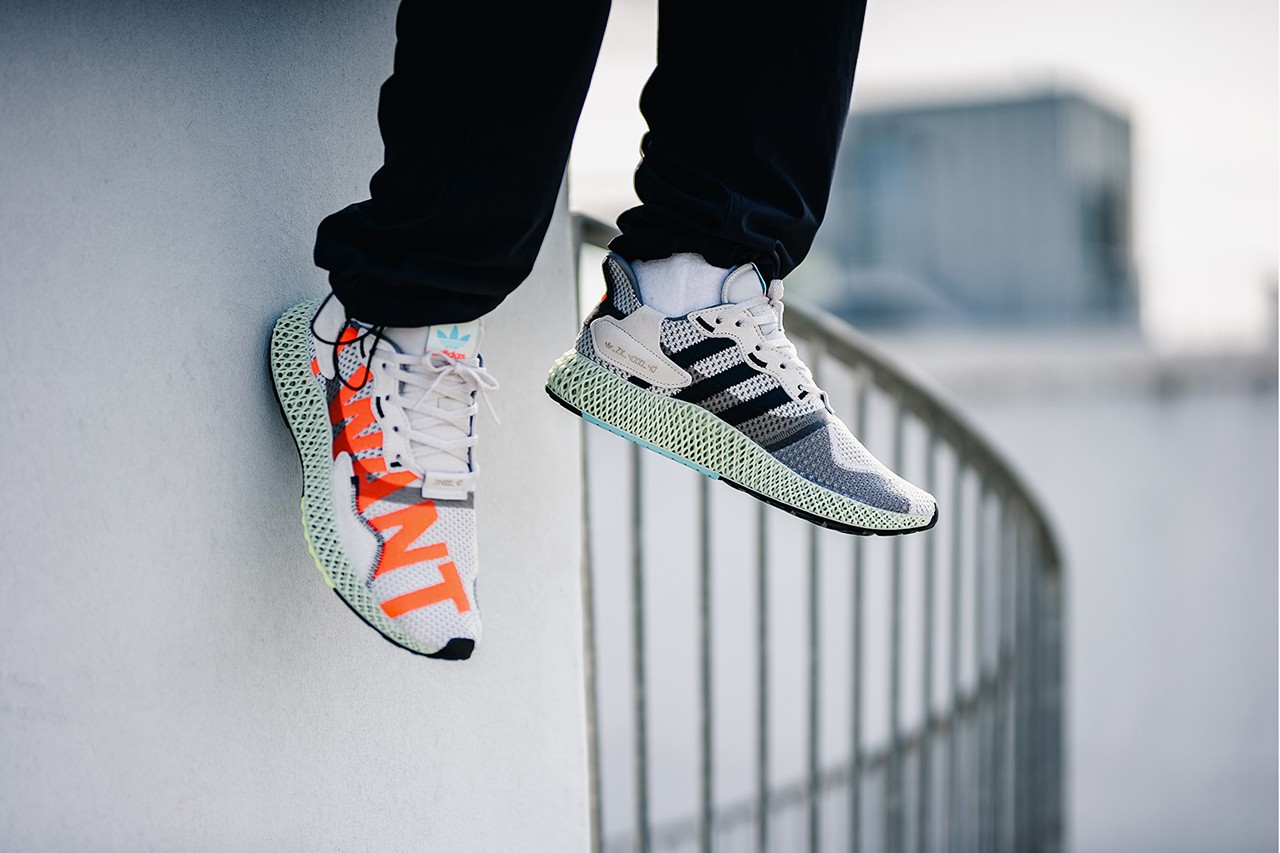 The sports-giant adidas continues its ZX 4000 4D line with the release of a new “I Want I Can” edition featuring the slogan which is taken from the brand’s ‘80s campaign that was used to launch the ZX footwear series’ Torsion System.

The sneaker comes in a white primeknit upper offset by a light green 4D sole unit, while the “I Want I Can” branding complements the lateral sides in blue and orange blending in between overlaying suede panels.

The orange and blue colorway is also used for the tongue tab, and the embroidered line on the heel tab. Finishing it off with the ZX 4000 4D branding on the medial rear-quarter support, lime green accents on the black outsole and grey primeknit on the medial forefoot.