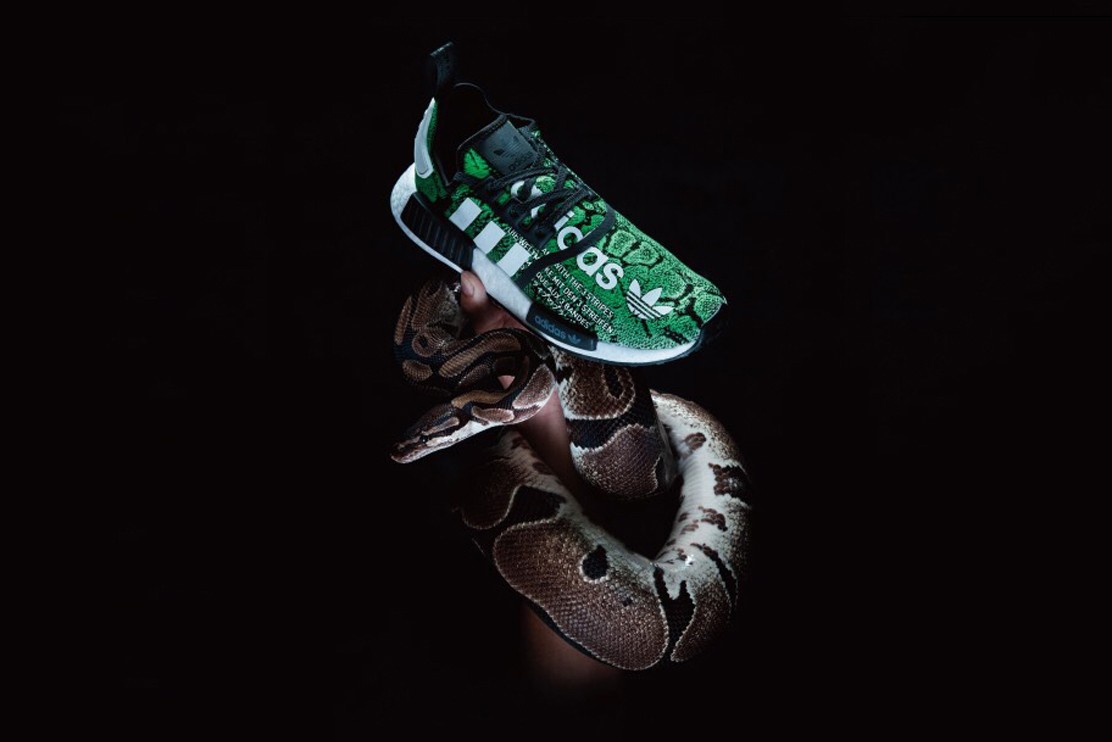 adidas has teamed up with atmos to drop an early pairs of their new NMD R1 “G-SNK” for the Japanese retailer’s atmoscon Vol. 7.

Available in two colors, either bold green or dark grey colorways, the design features pronounced Three Stripes’ branding in white that runs along the length of the footwear. The sneaker is supported by a clean white BOOST midsole with contrasting black EVA plugs along the side.

While the shoes made an early debut at atmoscon this weekend, expect a wider release next week.