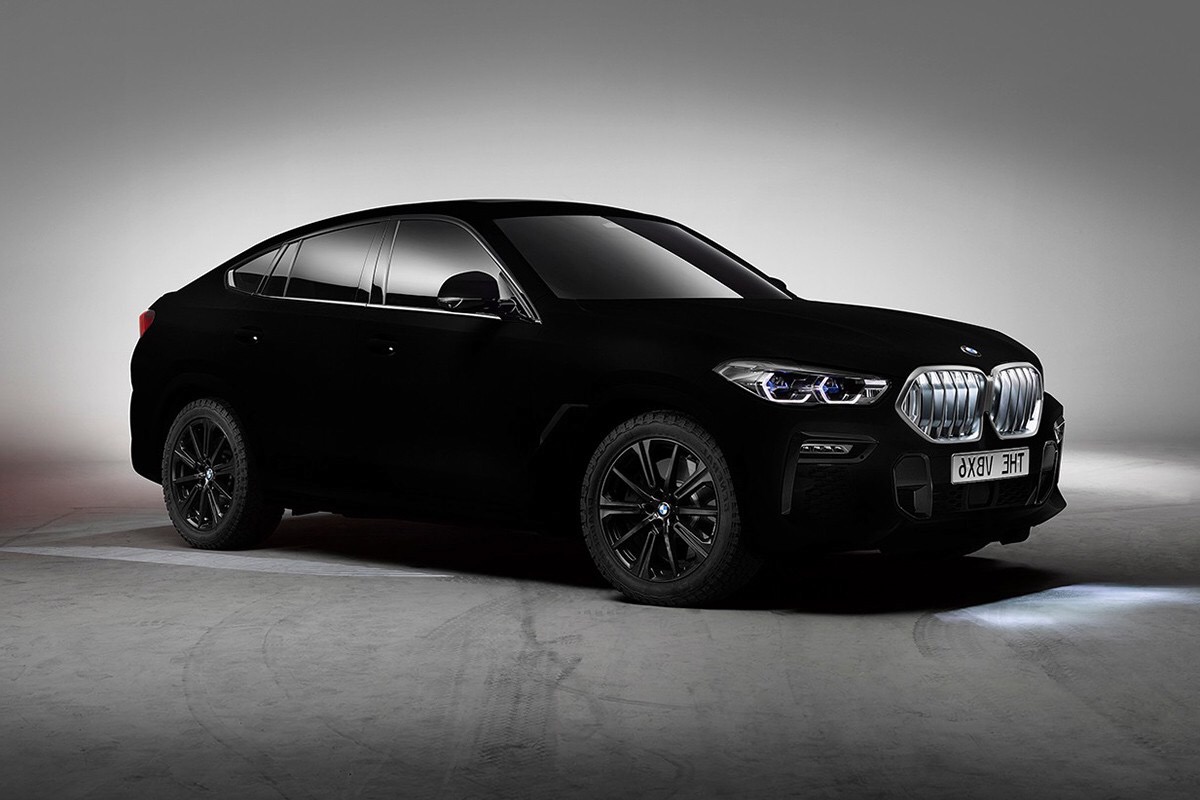 After introducing the upgraded version of its new X6, BMW has unveiled a new take on the coupé model, covering the car in Vantablack.

Described as the “world’s blackest black,” The pigment was invented by Surrey NanoSystems and absorbs 99% of all light. The X6 will officially debut at the Frankfurt Motor Show next month, and the VBX6 will be an exclusive show car.

The BMW X6 is painted with the Vantablack VBx2 pigment, which is slightly different from the original color, the Vantablack color was developed for scientific and architectural projects, making objects appear two-dimensional loosing all design details.

Ken Block’s New Hoonifox Is His Wildest Custom Mustang Yet

The Vantablack VBx2 variant used by BMW, allows a small amount of reflection while still taking away the car’s three-dimensional appearance. According to the automotive giant the VBX6 Coupé is the first and only car to be covered in any Vantablack variant.