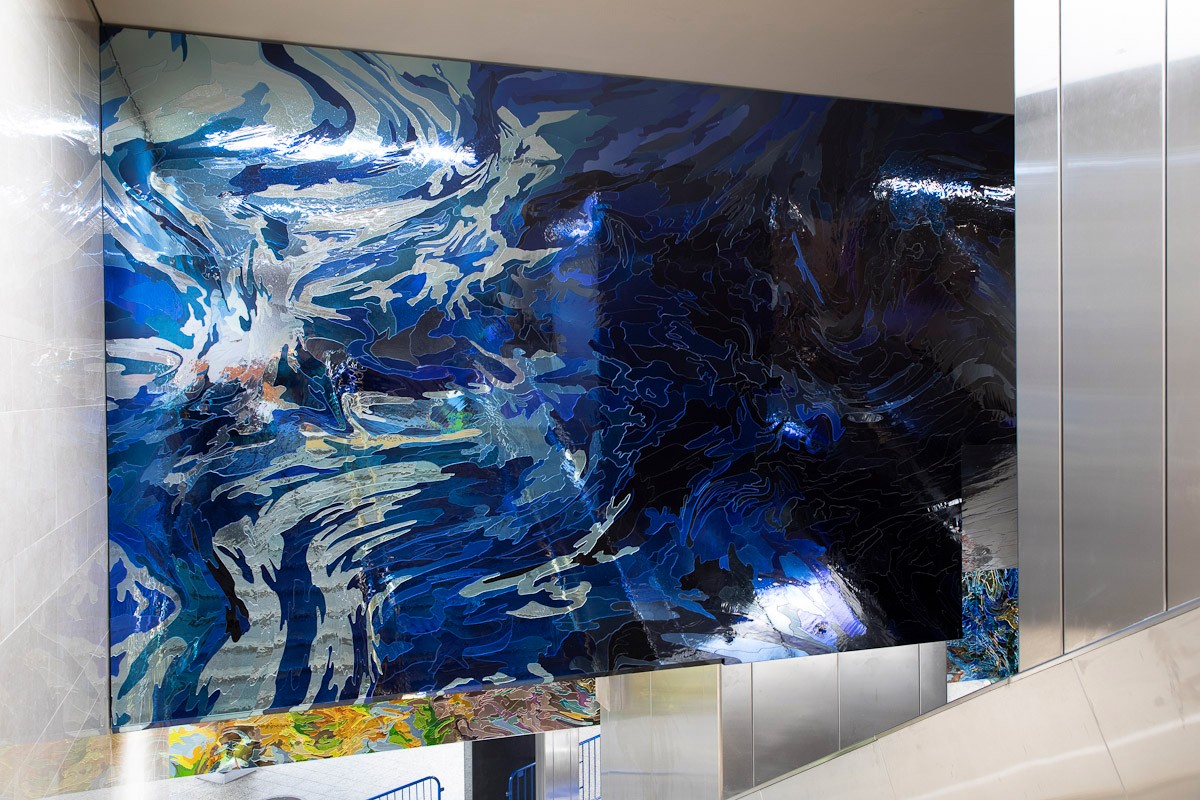 The artist has recently unveiled a new permanent installation at the historic Grand Central Terminal in New York City. Entitled I dreamed of a world called Love (2020), the spreading public work consists of more than 5,000 individually cut glass pieces that the artist layered to create a swirling camouflage of over 70 different colors.

“I dreamed a world and called it Love is intended as an offering to honor all citizens, neighbors, and visitors who pass through the space,” the artist said in a statement. “My desire was to rise to the occasion of the historic context of Grand Central Terminal and celebrate the people who give New York its identity for many years to come.”

The installation is located in Grand Central Terminal’s landing and mezzanine levels of stairs that connect the terminal to the subway station, taking inspiration from the themes of immersion and movement.

“The site, a bustling corridor in the heart of New York City, prompted a gesture that might provide a momentary illumination, a split second of image and color that frames the moment in time between places,” said Hodges.