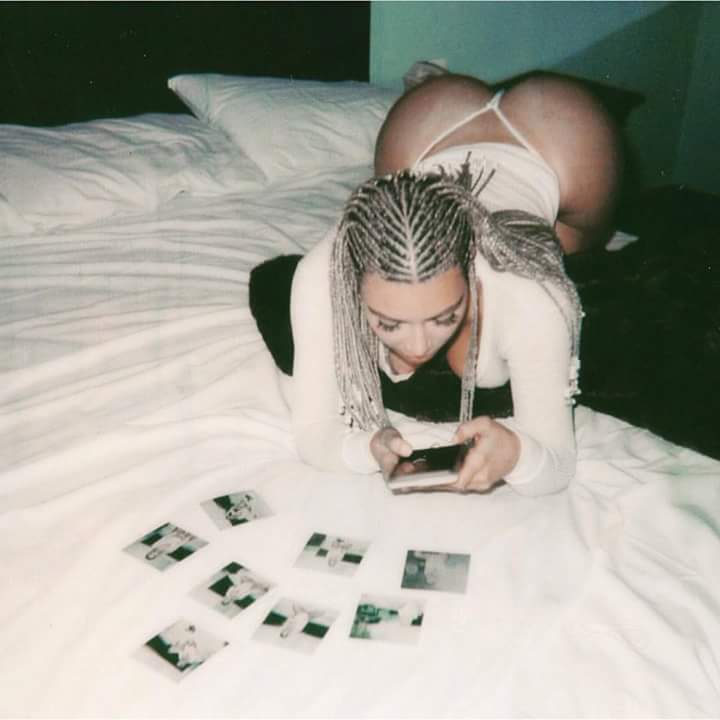 Just days after the internet lost it over her topless selfie, Kim Kardashian has returned to Instagram with another spicy photoshoot. In this holiday-ready shots by Marcus Hyde, Kim can be seen rocking a hairstyle reportedly inspired by Bo Derek from the film, 10.

Referring to herself as Bo West in the caption (Issa joke). Slayin’ as always, the now-mother-of-three stars in a variety of set of revealing clothes, with one shot showing the star topless beneath an oversized coat. And y’all do remember she released a nude photobooklast year and, of course, made headlines with her Paper magazine cover. Yep she stay killin’.