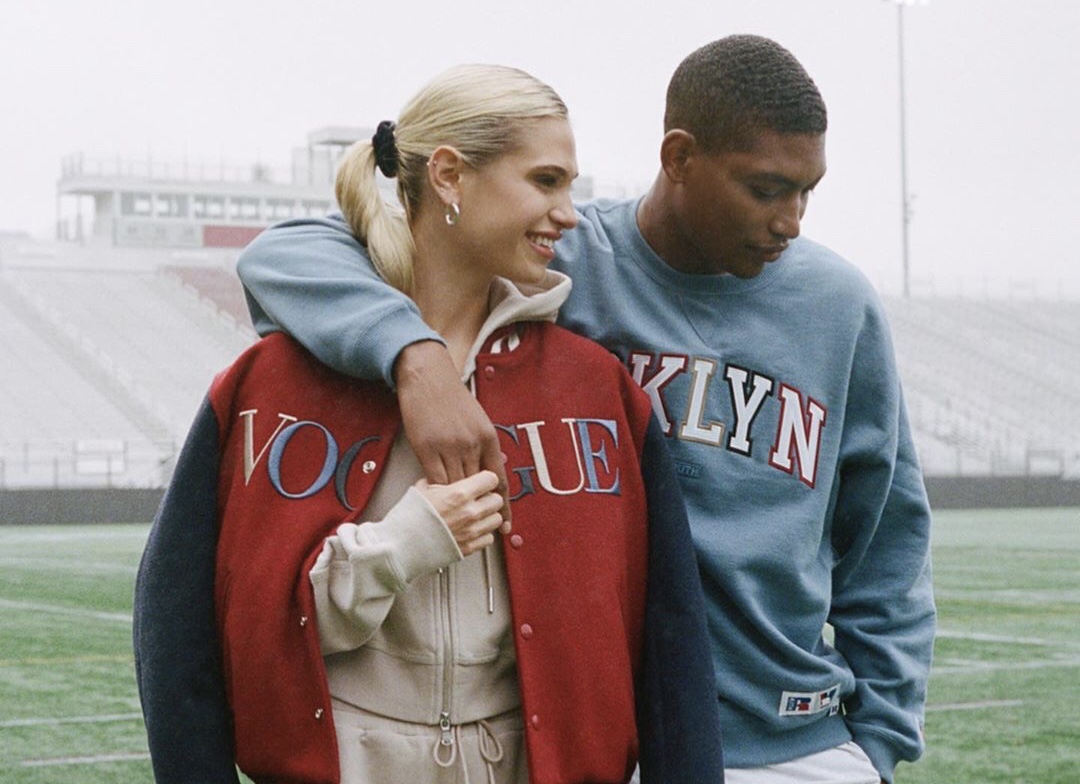 Kith and Vogue Reunite for a Collegiate Collection

kith has joined forces with Russell Athletic and vogue in partnership with Kith’s Love Thy City™ program for a collegiate-inspired collection. ⠀

The collection pays homage to Kith’s  flagship locations, Brooklyn, Los Angeles, Miami, and Soho, New York. “I know that people will want to represent the city where they live,” Fieg begins. “Those major cities are influenced so much by fashion and so much by Vogue that I thought it would be a perfect tie-in to bring the cities into it, just to get a different spin on the product.”⠀

Each item bears the influence of the city it represents, Miami sweatshirts come in pastel and the Brooklyn jackets come in black—with the entire collaboration evoking a certain collegiate spirit. That all-American, nostalgic take on Vogue is intentional, as Fieg tells it, harking back to the ’90s when both the magazine and Russell represented an idealized, aspirational vision of Americana.

The Kith x Vogue x Russell Athletic collection is set to release at Kith stores and online on November 8.