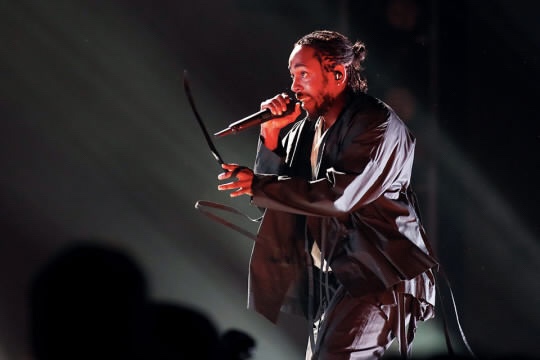 Kendrick Lamar‘s original soundtrack album for Marvel’s Black Panther has officially arrived – and it is phenomenal. Stream the Kendrick & TDE-produced and curated full-length on Apple Music or below via Spotify.

The 14-track project contains the previously-released “All the Stars” with SZA, “Pray for Me” with The Weeknd, and “King’s Dead,” a stacked cut with Jay Rock, Future, and James Blake.

And that barely scratches the surface of the star-studded guest spots on the album; Travis Scott, Vince Staples, 2 Chainz, Jorja Smith, Anderson .Paak and even more make appearances on the album.