The New Balance 9060 Arrives in a “Cream” Colorway

While the 550 has undoubtedly remained at the forefront of New Balance‘s lifestyle lineup, the 9060 has also garnered a lot of attention in its first year.

The in-house colours for the silhouette began simply, but in recent weeks, pastel and wildly multicolored styles have appeared. A “Cream” color scheme for the new sneaker has now been unveiled, following a strategy identical to the premiere “Sea Salt” colorway. 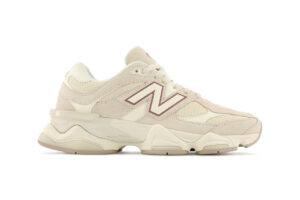 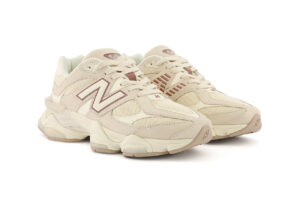 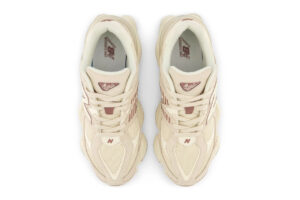 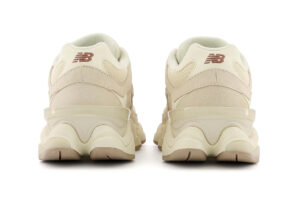 On this colorway of the 9060, a mixed material upper layer is layered over off-white “Cream” hues. The complex design changes from lighter tones at its mesh and quality suede base to a darker shade on the overlays that weave throughout the top.

The lateral and medial dashes of the off-white “N” emblem, as well as the embroidered tongue and heel marking for New Balance, stand out in a brownish pink.

A substantial sole unit that incorporates the thick CR device that is distinctive to the 9060, coupled with ABZORB and SBS cushioning, supports this intricate upper. The rubber outsole prefers a deeper tone, while the midsole is decorated in a variety of bright off-white hues.

The brand has not yet confirmed a release date for the New Balance 9060 “Cream.” But, expect these to be available for $150 USD at New Balance and a few other retailers in the near future.