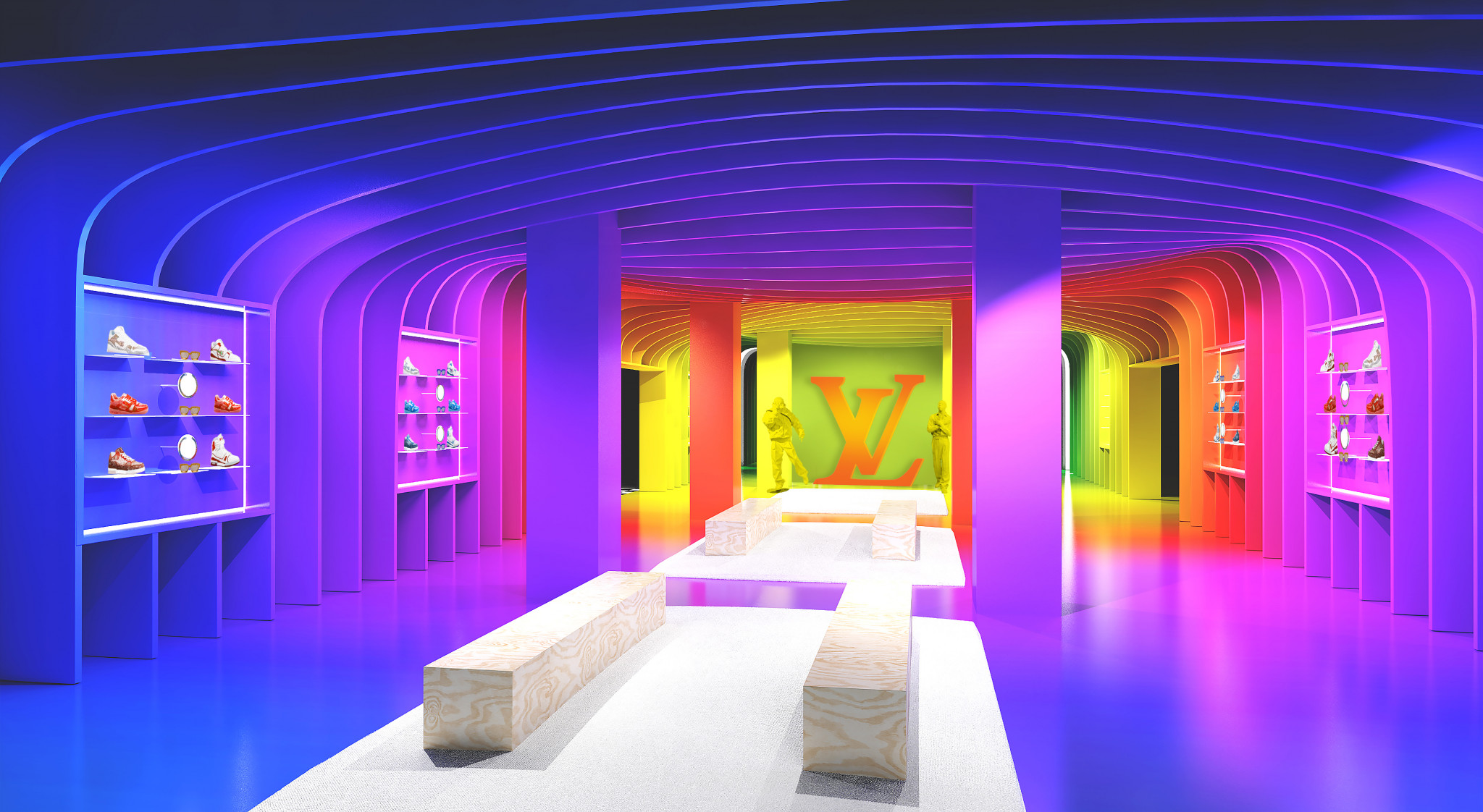 Artistic Director Virgil Abloh is unveiling a multifaceted month-long experience in Paris during Men’s Fashion Week. The creative director of menswear at Louis Vuitton, is taking the house’s runway back to Paris played out in a series of fashion events celebrated throughout the month of January.

“Louis Vuitton: Walk in the Park,” the initiative includes both physical and digital experiences centered around the designs of Virgil Abloh. “Rooted in the inclusive values at the heart of his work, the happenings are an expression of the mutual connectivity that exists between the designer and his community,” Louis Vuitton said in a statement.

Beginning January 8 and running through the end of the month, a temporary store will be open on 28 Quai de la Mégisseri in Paris.

Reissued and new limited-edition sneakers, jewelry, and sunglasses will be offered in a build-up to the fashion pageant spectacle that will surely become of Fall/Winter 2021.

The residency will also include a “Hall of Fame” dedicated to the rarest and most exclusive iterations of the Virgil-designed LV Trainer, which was introduced for Spring/Summer 2019.

Likewise, the latest LV Ollie sneaker will be offered in five new colorways, including an exclusive Paris colorway. Each of the new editions is crafted entirely from upcycled LV Trainer material.

In a limited-run, LV’s most coveted chains from prior collections will translate alongside the newness in that quintessential Parisian way where old feels very much new. Such like the 1.1 Millionaire sunglasses, adapted from its 2004 blueprint, designed by Pharrell Williams and Nigo, now redrafted by Abloh as a staple of his collections 2021; past iterations of the piece will be available at the pop-up through Jan 31.

Elsewhere, at the Louis Vuitton flagship on Place Vendôme, fans will uncover an augmented reality experience designed with the brand’s app that will allow fans to have fun with Zooom with friends – the animated mascots created by Abloh for the SS21 show in Shanghai and Tokyo.

Top Five Anti-Aging Products Every Man Should Have

“By enabling his audience to interact with the house mascots, Louis Vuitton strengthens the diverse community spirit that exists around its men’s wear universe and encourages the public to take part in the ongoing dialogue between Virgil Abloh and his audience,” the brand said.

Louis Vuitton’s “Walk in the Park” can be experienced from January 8 through 31 in Paris.