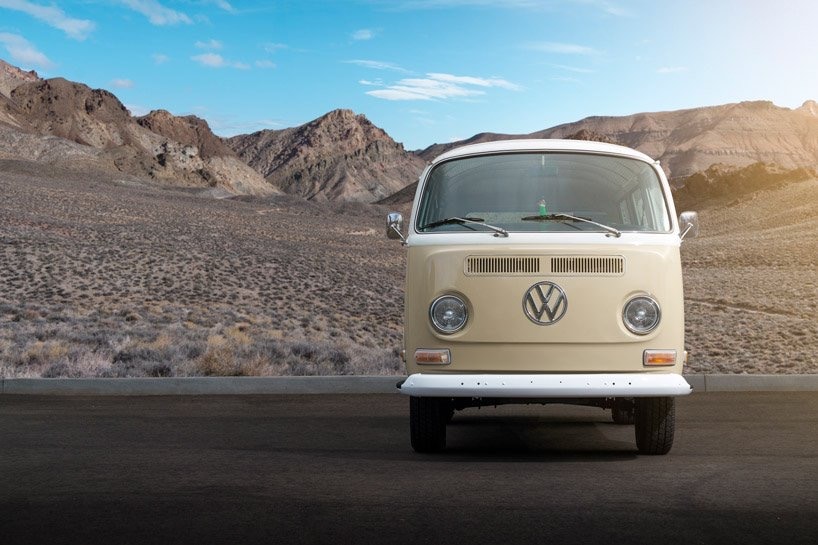 It’s amazing how fast companies are transitioning from traditional engines to electric ones, things are finally starting to get interesting. While other vehicle manufacturers keep on improving and releasing new models, Volkswagen has decided why not breathe some new air into their classics.

Like for example with this 1972 type 2 microbus which had its original internal-combustion engine replaced with an electric power train, commissioned by EV West — a company that specializes in electric conversions on the west coast. To achieve this, they’ve used a 35.8 kWh battery system from an E-golf 2017 model, which gives the vintage e-bus an approximate range of 125 miles.

Keeping things clean and familiar, most of the exterior and interior of the e-bus remain unchanged. the battery units are contained inside custom-engineered, reinforced and fireproof enclosures located under the front seats and in the former location of the fuel tank.

The power train sits in the rear compartment of the e-bus, previously occupied by the stock air-cooled 60-horsepower four-cylinder engine. The rear suspension of the type 2 bay window makes a perfect match to the transverse driveline which is contained in a single unit that houses the 100kw synchronous ac permanent magnet electric motor, one-speed transmission, and charging system. While the stock long-throw shifter remains, it is now actuated drive, reverse, neutral, park, and the regenerative braking modes (PRNDB) like ones can be found in the E-golf.

Finally, for a more authentic feel, the company retouched the dashboard a bit, adding a classically styled multi-function digital EV gauge. This gauge allows the operator to cycle through multiple views and monitor vehicle outputs.