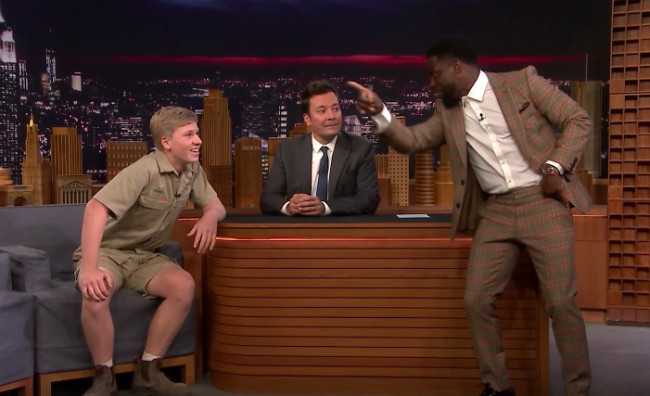 Last night Kevin Hart co-hosted The Tonight Show with Jimmy Fallon, which was highlighted by Robert Irwin — the 14-year-old son of the late Steve Irwin.

Kevin Hart clearly wasn’t ready for what Robert have introduced him to, at the beginning he brought up “Gisselle” a baby ostrich, which made Kevin running off the stage to a safer place followed by several hilarious minutes of Kevin trying to keep his fear in check, eventually giving up on the opportunity to meet Gisselle and moving on to the next companion Robert have brought with him which was two king snakes and a tarantula which got even Jimmy attempting to climb up the wall, and for last both gathered the courage to feed a beautiful predator bird off their hand.