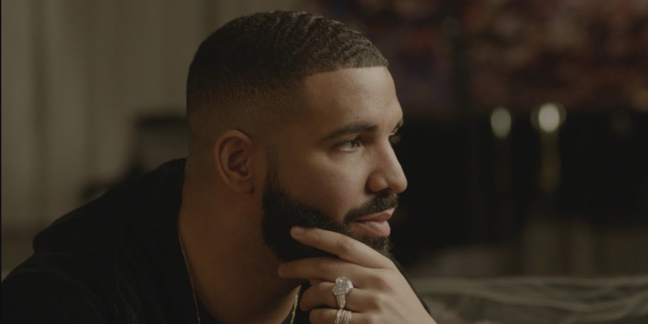 Drake Sits Down With Rap Radar For a Candid Interview

Drake recently sat down for a lengthy interview with rapper Elliott Wilson and Brian “B.Dot” Miller for Rap Radar.

Taking place at Drake’s home, Drake discussed his origin story as an artist, including the impact of his early music, meeting Lil Wayne,  his recent collaboration with Chris Brown , and more. Watch the full interview, which clocks in at over two hours, above.

The artist also addressed his ongoing feud with Pusha-T. When asked if he could ever squash their beef, Drake said, “I have no desire to ever mend anything with that person.” When Wilson asked him if Pusha went too far by revealing the existence of Drake’s child, Drake said, “I’ll say this, I tip my hat to the chess move. I mean, it was a genius play in the game of chess. And definitely warranted my first quote-unquote “loss” in the competitive sport of rapping.”

Drake went on to explain that part of the reason he didn’t immediately tell the world about his son was because a DNA test was pending at the time. Drake later said of Pusha’s work: “Some people like his music. I personally don’t ’cuz I don‘t believe any of it.”

The icon also briefly touched on his relationship with Kanye West, saying, “I think he kind of recruited a guy with a similar dislike for me, no matter what he says interviews.” He added: “He can tell whoever, ‘I got love for him’ or whatever, but it’s not love. It’s…there’s something there that bothers him deeply. Yeah, I can’t fix it for him, so, it just is what it is.”